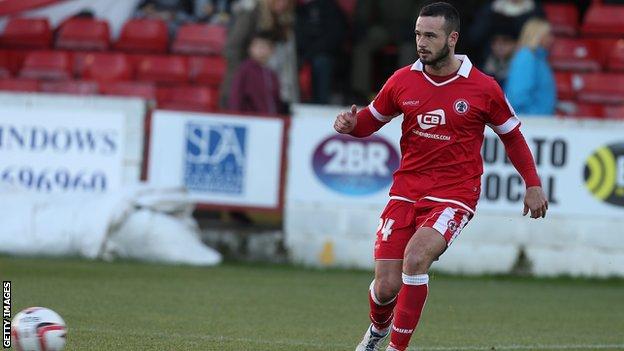 The 24-year-old spent last season at Stanley, scoring eight times in 42 games to help the side stave off the threat of relegation.

Molyneux has made nine appearances for Crewe in the current campaign, but also went out on loan to Rochdale for two months, where he played three games.

"It feels like coming home," said Molyneux, who will wear the number 13.

"They were special times for me last year. I hope that we can recreate them this season. I believe there's more quality in the squad now as a whole than last season."

A former Everton trainee, Molyneux has also had spells at Southampton, Port Vale and Plymouth during his career.