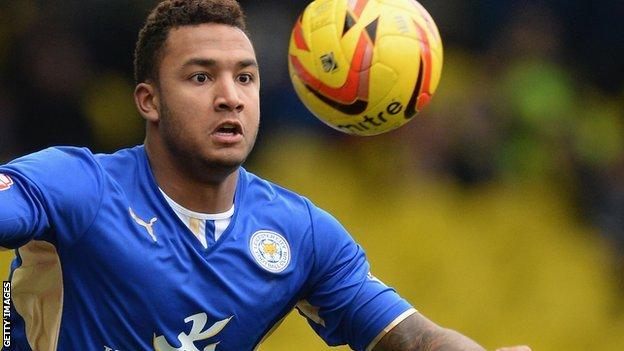 Leicester City boss Nigel Pearson has confirmed a second bid from Fulham for defender Liam Moore has been rejected.

A £2m offer for the England Under-21 international was turned down earlier this month.

Pearson also revealed that there have been no other bids for his players, dismissing reports linking Kasper Schmeichel to AC Milan.

It is our intention to keep the squad together

"We've had a couple of bids that we have turned down for Liam," Pearson told BBC Radio Leicester.

"I don't know if they [transfer rumours] are legitimate or not? I just keep smiling.

"In some ways it is quite flattering when players are linked to Premier League or other high-profile foreign clubs, but it's that stage of the season where there is going to be speculation."

Pearson reiterated that none of his players are for sale, despite still having 10, including Schmeichel and striker David Nugent, who are out of contract in the summer.

Foxes captain Wes Morgan, whose defensive partnership with Moore has been a key factor in helping City move five points clear at the top of the Championship table, is the only player so far to extend his contract.

Asked if Leicester's nerves will continue to be tested during the transfer window in an effort to keep hold of their players, Pearson responded: "Possibly. It's unavoidable - the speculation continues and we just have to deal with it.

"It is our intention to keep the squad together."