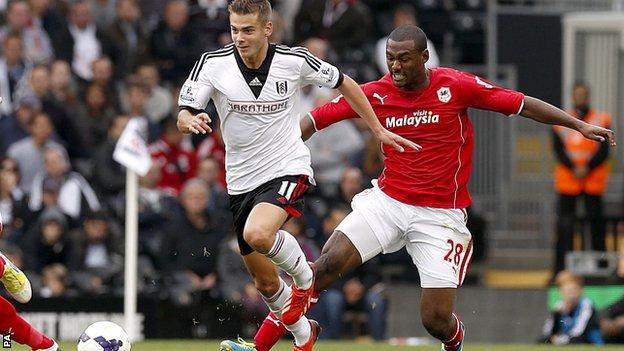 The 22-year-old, who has 16 caps for his country, would have been out of contract in the summer, but will now stay at Craven Cottage until 2015.

Kacaniklic had loan spells at Watford and Burnley last season, after joining the club as part of a deal which took Paul Konchesky to Liverool in 2010.

He has played 38 times for Fulham and scored on five occasions.