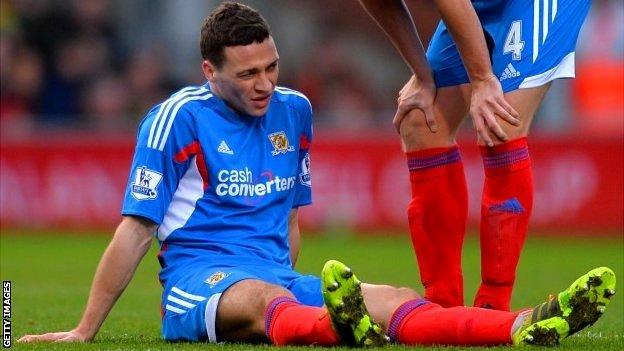 Hull defender James Chester will be out for six weeks with a hamstring injury.

The centre-back, 25, came off after just 15 minutes against Norwich last Saturday, with scans revealing he had suffered a recurrence of a problem that kept him out earlier in the season.

"He's going to be at least six weeks away I would have thought. It's a shame because he was just finding his feet again after his last spell out."

Chester was sidelined for over two months with the initial complaint.

"It's not as bad as it was the first time he did it, but it's still a concern because it is the same tendon high up in his hamstring."