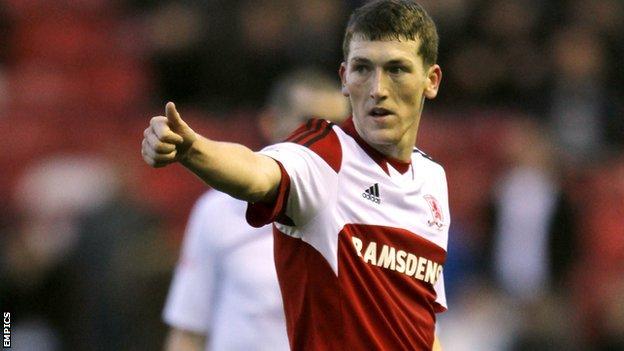 League One Rotherham United have signed midfielder Richard Smallwood on loan until the end of the season from Championship side Middlesbrough.

Smallwood has made 13 appearances for the Championship side this season.

He could make his debut for the Millers in Saturday's match against Crawley.

The 23-year-old is the fifth player to join the New York Stadium side in the January transfer window after Wes Thomas, Miles Addison, Tom Hitchcock and Blair Turgott.