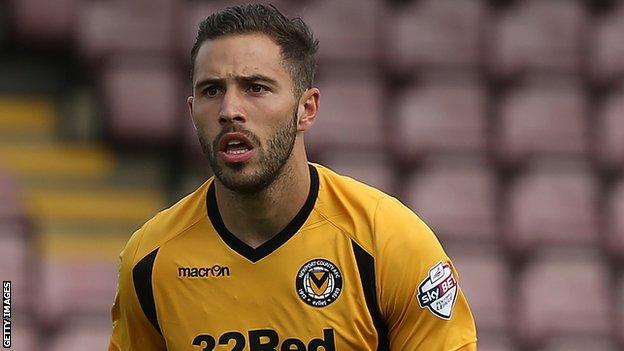 The winger hit his second-half spot-kick yards wide of goal after Mark Phillips had brought down Ryan Burge.

Lee Barnard, saw his shot blocked in the first half, as did Harry Worley at the other end.

Will Atkinson headed against an Exiles post as Southend moved to within a point of League Two's top three.

Willmott had another chance to secure the points for the Welsh side, hitting keeper Daniel Bentley when clean through in injury time, as eighth-place County went a fifth game without a win

Phil Brown's Southend are now unbeaten in eight league games but missed the opportunity to climb into the automatic promotion spots before the rest of the weekend games.