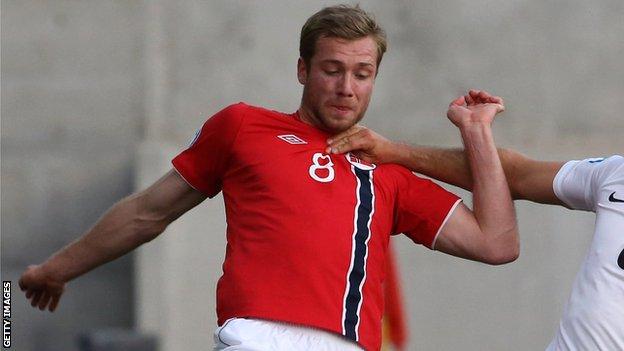 Berget, 23, who can play either up front or in midfield, has four Norway caps and follows compatriots Magnus Wolff Eikrem and Mats Moller Daehli in joining the Premier League club.

Cardiff are also thought to be close to taking

However, Solskjaer confirmed on Friday the winger has not yet had a medical.

The Bluebirds are also understood to be closing in on a deal to sign Wigan Athletic defender Ivan Ramis.

The 29-year-old Spanish centre-back joined Wigan from Mallorca in 2012.

Berget joined Molde from Italian side Udinese in September 2011, but was due to be out of contract with the Norwegian team in the summer.

"He scored against England in the Under-21 European Championships and will do well for us."

Cardiff, who are bottom of the Premier League, travel to Bolton Wanderers on Saturday for their FA Cup fourth-round tie.