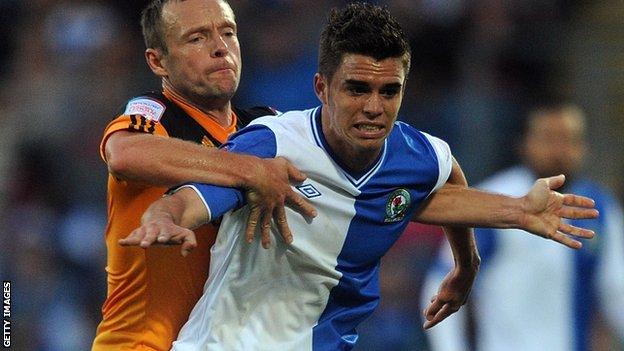 Blackburn winger Fabio Nunes has left the club to join Italian Serie B side Latina on a free transfer.

The 21-year-old joined in July 2011 from Portuguese team Portimonense, and made eight appearances during his two-and-half-years with Rovers.

His only appearances this season saw him come on as a second-half substitute in Rovers' 5-2 win over Barnsley.

Portuguese Nunes was described as "an exciting player with clear potential" by then-boss Steve Kean when he joined.

The 19-year-old, who signed from Portuguese side S.C. Olhanense in July 2012, made just two appearances for Rovers, his last coming in a 2-1 defeat by MK Dons in the Capital One Cup in August.