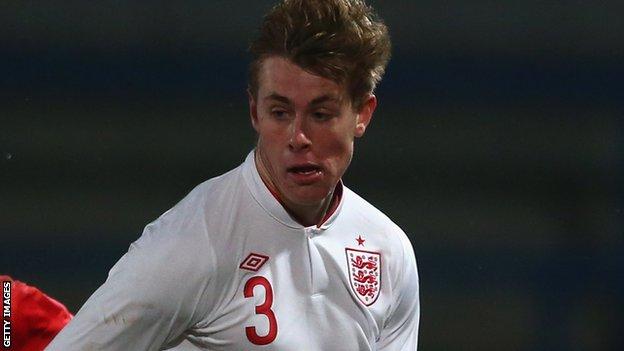 Aldershot Town have re-signed England Under-19 international Adam Webster on loan until the end of the season.

The Portsmouth defender, 19, made 24 appearances during a spell with the Shots side earlier this season.

"He was fantastic in his first spell here, and is a great character to have in the dressing room. I'm hopeful that he will fit straight back in."

"Adam will be a big asset to us for the remainder of the season," manager Andy Scott said.

Webster is Aldershot's second signing in the space of 24 hours, following the arrival of striker Adam Plummer from Weston-super-Mare.