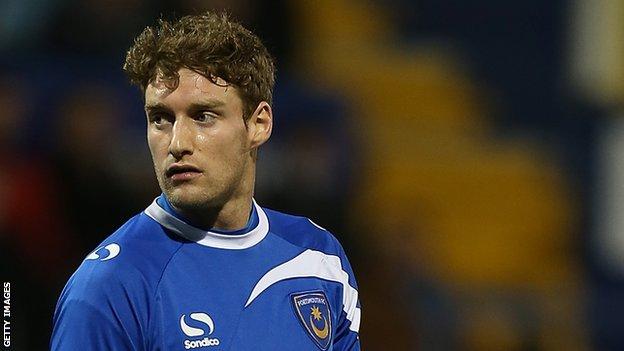 The 26-year-old had not played professional football until he joined Pompey last summer from non-league Burnham, where he scored 45 goals in 45 games the season before.

He has netted three times in 22 appearances for Portsmouth.

Meanwhile, midfielder Gillies, 23, has re-joined from Gillingham on loan until the end of the season.

Gillies made two appearances for Cambridge during a one-month spell in December.

The U's are without injured forward Adam Cunnington and Crystal Palace loanee Kwesi Appiah has joined Notts County rather than return to the Abbey Stadium.

"Ryan is a player that we have tracked since we knew that Adam Cunnington needed surgery," said director of football Jez George.

"He is a big, strong, mobile centre-forward and he is exactly the type of player that [manager] Richard Money has wanted in order to give us options in attack during a spell with games every midweek and with Adam unavailable after his operation."