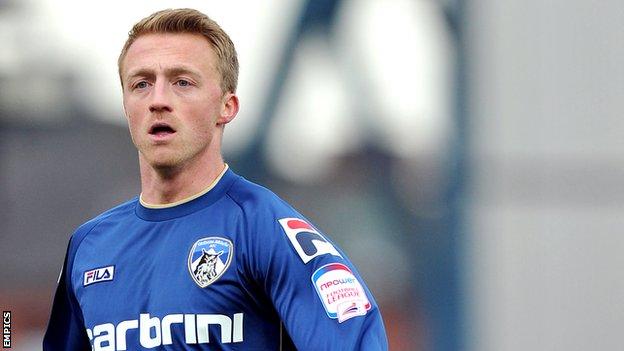 Southend have signed former striker Lee Barnard on loan from Southampton until the end of the season.

The 29-year-old played for the Shrimpers between 2008 and 2010, scoring 37 goals in 85 games, and will be available for Saturday's FA Cup fourth-round visit of Hull City.

Barnard left for Saints four years ago, but has not played a senior game since a loan spell at Oldham last term.

"It's funny how things work out in football," he said.

"I've come home to the club where I had a fantastic two years before moving on to Southampton.

"I really enjoyed my time here the first time around and I'm just hoping for more of the same this time around, with just as many goals."