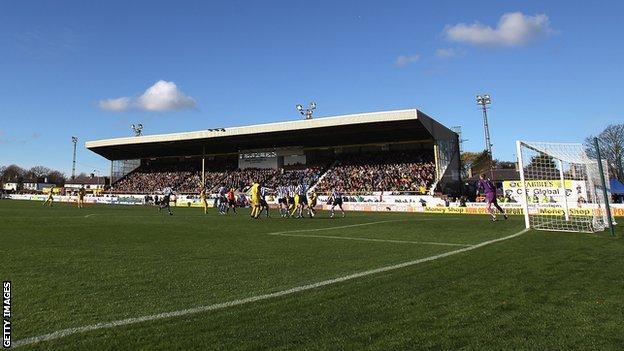 The 19-year-old joined Vale in 2012 after being released by Wolves, where he was the youth team captain.

The player will again link up with Sandgrounders' assistant manager Jimmy Bell, who was previously a development coach at Vale Park.

The Republic of Ireland youth international goes straight into the squad for Saturday's game at Barnet.