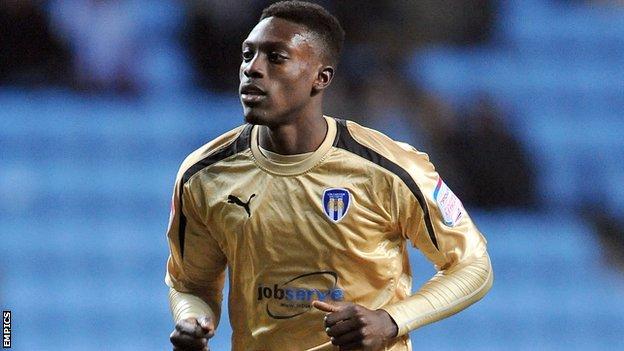 The 20-year-old Romford-born Nigerian has made just six appearances, all from the bench, since joining the U's from East Thurrock in July 2012.

Ladapo is eligible for Saturday's Cup fourth round tie at Sunderland, having been registered in time by Harriers.

They will be the fourth team he has played for this season, after loan spells at Woking and Nuneaton Town.

Ladapo made four appearances for Woking in August, before returning to Colchester,

He then twice featured as a substitute for the U's before being allowed out on loan again to Nuneaton, where he netted twice in six matches.