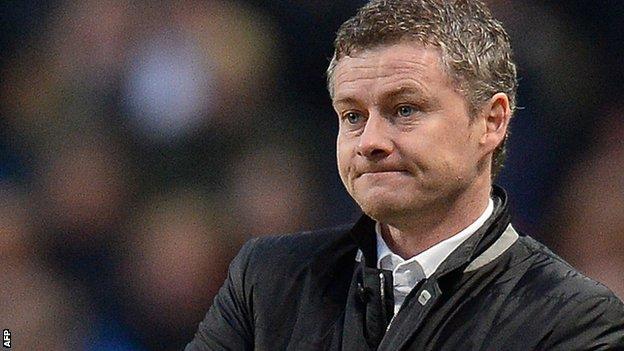 Manager Ole Gunnar Solskjaer has accused some agents and clubs of being unreasonable as he tries to strengthen Cardiff City's squad.

But Solskjaer says attempts to further add to the squad are being hampered by clubs and agents' financial demands.

"They think we've got 'X' amount of money to just give away - of course we haven't," Solskjaer said.

"There's loads of players that I've wanted, maybe had a look at, but the price tag is not realistic."

"They haven't played in the Premier League but they're all full internationals. I know them because I've had them before so I know their personalities."

Despite Cardiff's precarious position at the bottom of the Premier League, two-time FA Cup winner Solskjaer does not see the competition as a distraction.

Solskjaer's only win so far as Cardiff boss was the 2-1 victory at Newcastle United in the third round of the FA Cup.

"I think it's vital to build momentum and confidence," Solskjaer said.

"I hear many say it's a distraction but for us it's another chance to get to know the lads and for the lads to try and implement what we want them to do.

"This is the one game we really want to get to - the final. The FA Cup is massive to us."