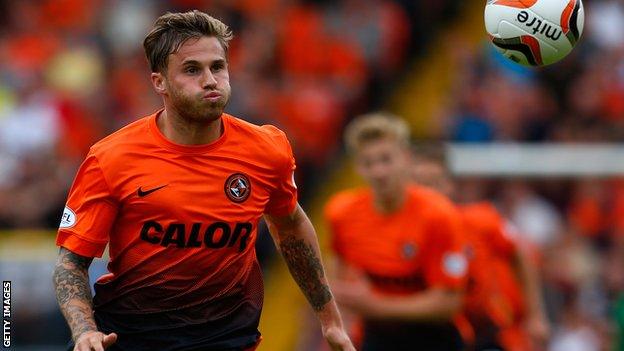 Championship side Blackpool have signed Blackburn striker David Goodwillie on loan until the end of the season.

Goodwillie, 24, has three Scotland caps and spent the first half of the season on loan at Dundee United.

The Seasiders have also brought in winger Andy Halliday from Middlesbrough on a one-month loan deal.

The 22-year-old, who can also operate at left-back, will go straight into caretaker boss Barry Ferguson's squad to face Doncaster on Saturday.

Halliday joined Boro from Livingstone in 2010, and has made 42 appearances for the side, scoring two goals.

He has played four times for Aitor Karanka's men this season, most recently against Watford in November.

He said: "It is a great platform to kick-start and get back playing games. I would have travelled miles just to get a game; hopefully I'll score as many goals as I can."