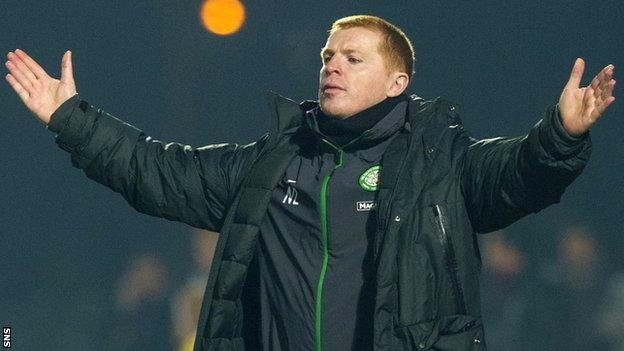 Neil Lennon would like to add further to his Celtic squad this month but concedes he could well be disappointed.

"I don't expect anything in the January transfer window, but I'm hoping we will get one or two players in before the end of next week," he said.

"But it is a very frustrating period for everyone, particularly myself.

"Yesterday, a chase for a player ended quite abruptly so that became a source of frustration, but it is part and parcel of the January window."

And he insisted that Celtic had tabled no firm bids apart from the one that has brought Norway midfielder Stefan Johansen to Glasgow from Stromsgodset.

Lennon also admitted he is no further forward in trying to persuade Georgios Samaras and Joe Ledley to sign new deals.

Greece striker Samaras and the Wales midfielder Ledley are both out of contract at the end of the season.

"Talks with him and Joe are ongoing at the minute and we've got a week to go before things take a different turn," said Lennon.

"We hope we'll get a resolution before next Friday."

Asked about the prospect of securing new contracts for the duo before the end of the month, Lennon said: "It's always been sort of 50-50.

"The guys are quite open, but they have their own circumstances to look after they will have their agents advising them in the background as well.

"We've almost maintained that we'd like them to stay and that hasn't changed."

Meanwhile, Celtic have secured loan deals for three of their young players.