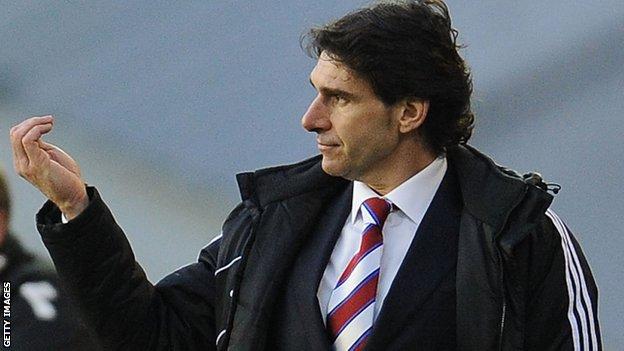 Middlesbrough head coach Aitor Karanka allowed four players to leave on loan this week as he wants a 23-man squad.

Boro have 40 professionals, but have used just 28 players in this season's Championship - the sixth fewest.

and Daniel Ayala have joined Boro this January, while and are seemingly set to leave.

"I'd prefer to cut it [the squad] down to what I think is a more manageable size for us," Karanka told BBC Tees.

This week, Andrew Halliday and Adam Reach have been loaned to Hartlepool, Rotherham, Blackpool and Bradford respectively.

Millwall (34), Sheffield Wednesday (34) and Barnsley (33) are the top three in the Championship for players used this term - they are all in the table's bottom six.

All have struggled to secure a place in Karanka's team, who have won five of their last six games.

Smallwood, 23, started six of the Spaniard's first eight games in charge, but the last came on New Year's Day.

Williams, 20, has managed just 45 minutes since the 40-year-old was appointed in November.

"Luke and Richard are young players with a lot of potential," said Karanka.

"It is important for both them and me that they get experience. At the moment, the team is doing very well so I will stick with those players."