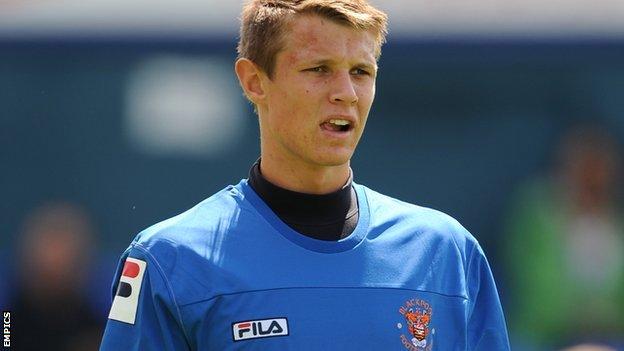 Conference Premier side Hyde have signed Blackpool goalkeeper Chris Kettings on loan for the remainder of the season.

The 21-year-old spent time on loan at York City earlier in the season, making one FA Cup appearance.

He has previously been on loan at Birmingham City and Woodley Sports, and has two Scotland Under-21 caps.

Kettings join team-mates Louis Almond and Liam Tomsett who have already been borrowed from the Seasiders.