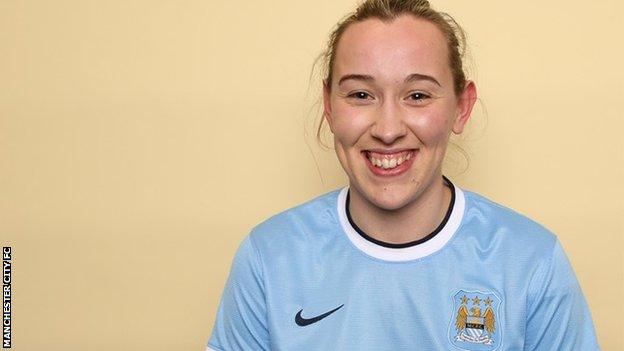 City Ladies will compete in the expanded Women's Super League for the first time in 2014.

"We can only get better and better," said the 21-year-old.

"I'm really excited. It's been great meeting the squad this week and we're all looking forward to playing together.

"Since I arrived, I've been really impressed. Everything is so professional and everyone seems to be on the same page.

"When I met with the managerial team, they sat me down and showed me their plans for the future. City is such a huge club and now, with the backing from the men's side, the women are being pushed onto the big stage."

Holbrook, who won the league with Liverpool last season, began her career at Everton and has also played for Leeds United.