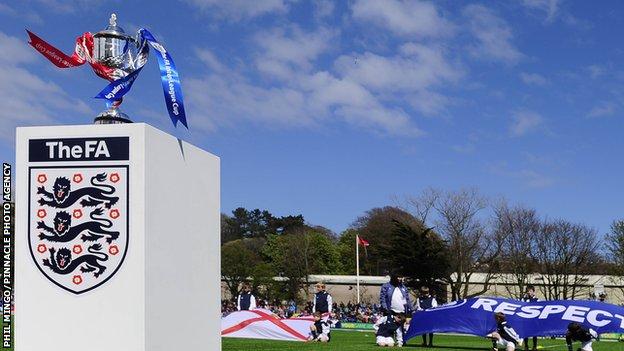 Jersey's bid to retain the FA Inter-League Cup is over after they were beaten 1-0 by the Dorset Premier League in Weymouth.

Hamworthy Recreation striker Luke Stone scored the only goal early in the second half to send Dorset through to the semi-finals.

Jersey winger Jack Cannon's curling shot hit the underside of the bar in the closing stages.

The tournament winners will represent England in the Uefa Regions' Cup.

"Unfortunately it was just one or two little mistakes that led to their goal," said Jersey Football Combination boss Craig Culkin.

"We switched off and it cost us today, but these things happen.

"We probably were just lacking a little bit in the final third, it's a little bit of a cause for concern for us. We've not got a prolific striker."

and represented England in San Marino, winning two of their three matches.