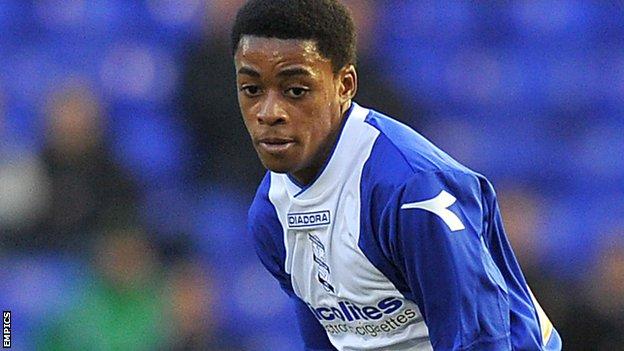 The 17-year-old midfielder made his first-team debut as a substitute against Burnley last September.

Boss Lee Clark's faith in him has been underlined by three further appearances this month, including a start in the FA Cup win over Bristol Rovers.

Brown has been with City since the age of 10 and has represented England at Under-16 and Under-17 levels.