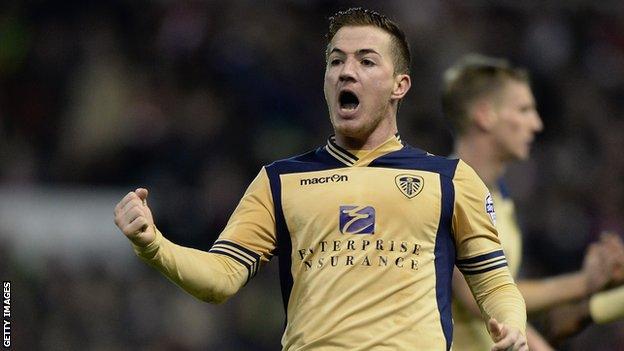 Nooruddin wrote on Twitter: "I'd like to reassure all (Leeds) fans that we're working hard for the club and can confirm we've rejected an offer from West Ham for Ross."

Leeds will not confirm the details of the bid, which is reported to have been around £3.5m.

McCormack, 27, is the Championship's top scorer with 17 goals this season.

West Ham have been in the market for a striker, having only just welcomed back striker Andy Carroll from injury.

Their pursuit of Monaco striker Lacina Traore failed, with the 23-year-old Ivorian moving to Everton on loan.

Leeds managing director David Haigh added: "As a club we showed our intentions as far as Ross is concerned during the summer."