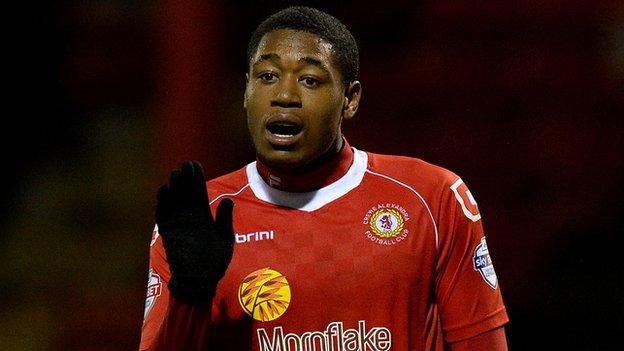 Chuks Aneke blasted a first-half double at Gresty Road as Crewe eased to their best win of the season in a League One relegation scrap with Sheffield United.

The on-loan Arsenal midfielder cut inside to curl home a left-footed shot into the far corner for the opener.

Then, after AJ Leitch-Smith's free-kick was headed into his path, Aneke struck a sweet volley right on half-time.

Crewe's 3-0 victory was their best league win since April 2012 - a month before winning promotion to League One.

"We're just at a little bit of a loss. We don't know where that came from today - the first 45 minutes especially.

"I'm incredibly disappointed with the result.

"In the second half we had a go, but if you waste 45 minutes of the game you don't really deserve anything from it."