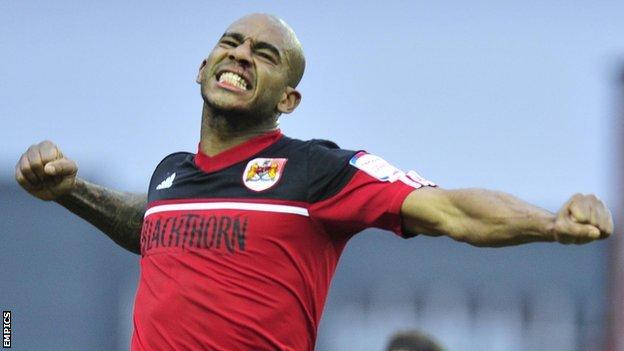 The visitors were ahead after 36 minutes when Adam El-Abd brought down Charni Ekangamene and Brad Potts drilled in the resulting free-kick.

But Elliott, introduced as one of two half-time substitutes by manager Steve Cotterill, headed City level.

And the Jamaica midfielder earned his side all three points when he volleyed home from Jay Emmanuel-Thomas's corner.

It means Bristol City move out of the League One drop zone for the first time since November and sit 20th, while Carlisle are two places and three points above them.

"I'm happy with today but I don't want the super-sub tag to stick.

"We were told [at half-time] to up the tempo. We thought we were a bit flat.

"Today was more about the result as we've got ourselves out of the bottom four on goal difference.

"It's important that we strike up a little run now to get away from some of the teams."