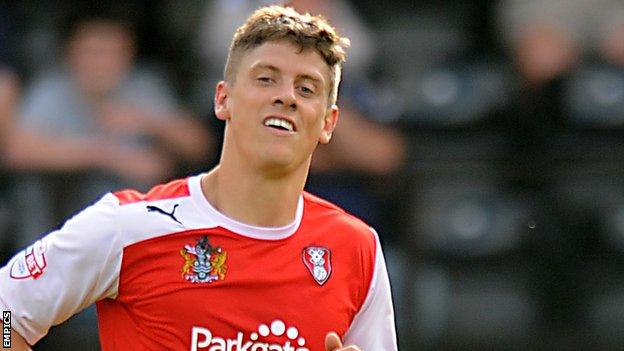 Moses Odubajo blasted high into the net for Orient to cancel out Wes Thomas's first goal for Rotherham, a glanced header from Ben Pringle's cross.

The game looked to be heading for a draw before Revell netted from long range for his third goal in two games.

With leaders Brentford drawing, the O's lost ground at the top of League One, although they do have a game in hand.

Steve Evans' Rotherham, meanwhile, are fifth and have strengthened their position in the play-off places.

"It was a fantastic result. In games like this, it's always going to take something special to win.

"It was two good teams. but we should have been comfortably in front in the first half.

"We have had a real bit of focus in the group and it's a good win for us."

"It was a difficult game for both teams, with the conditions and the swirling wind. They started well and deserved the lead but we plugged away and got back into it deservedly.

"I don't think we managed the game well in the final few seconds, and you have to do that if you want to get promotion and be successful.

"It was an eagerness to get down the other end and win. It's cost us dearly."