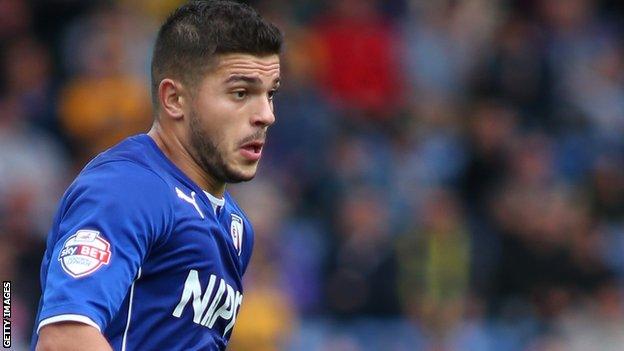 Sam Morsy scored his first goal for Chesterfield to set up victory against Bristol Rovers and move them three points clear at the top of League Two.

Morsy met Eoin Doyle's cut-back to put the hosts ahead with a first-time shot.

The second half started with Roberts catching Tom Parkes in possession and finding Doyle to make it 3-1, with Jay O'Shea hitting the bar late on.

Rovers' second loss this week sees them slip to 21st in the table, just one point above Torquay in the relegation zone.

"We didn't look like we had the belief to win the game. That was evident from the beginning.

"We've been punished by a good team who are top of the league.

"It's disappointing as we've usually raised our game against top teams and we weren't able to do that.

"You can take being beaten if you go down fighting. Some players did, some didn't."