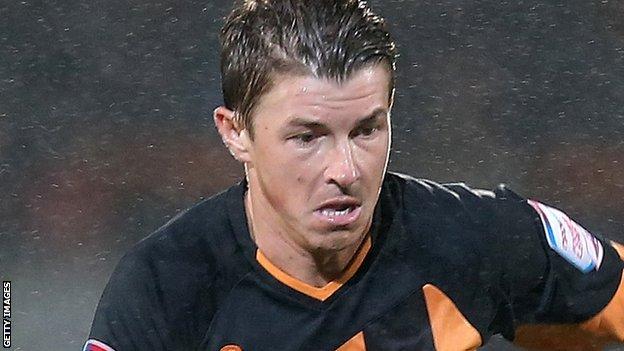 Gateshead moved up to fourth in the Conference Premier as three second-half goals saw off Kidderminster Harriers.

John Oster put Gateshead in front with a low shot after Adrian Cieslewicz lost the ball on the edge of the box.

James Marwood doubled the lead when, assisted by the wind, he found the net with a strike from outside the area.

The hosts made it 3-0 when Marcus Maddison rifled home before substitute Marvin Johnson fired in a late consolation for the visitors.

Deadline signing Josh O'Keefe made his debut, also as a second-half substitute, for Cieslewicz, in a Harriers side now without a win in four matches.

"I thought we were unbelievable. We had to defend against strong winds in the first half.

"But we won the game because of that first-half display, where we kept the ball incredibly well.

"It's a massive three points against a team who could have gone above us if they had won.

"We want to achieve something this season. We have the drive to succeed and will give it everything."

"I'm bitterly disappointed, especially for the fans who have travelled all this way.

"There was nothing between the two sides. But, if you give away goals like we did today, that's what's going to happen.

"We've put a lot of work in and that performance didn't reflect it."

"They were sloppy goals to concede. It was just one of those afternoons."