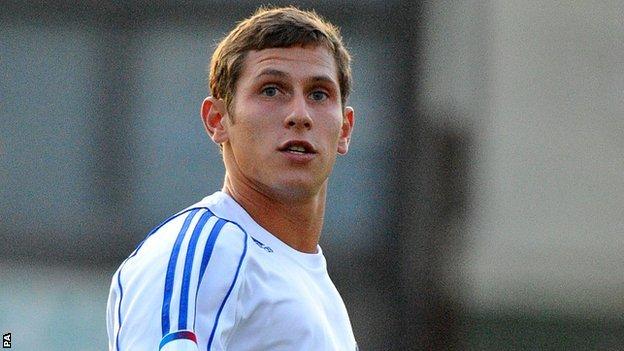 Todd Jordan flicked on Tom Miller's long throw and it was scrambled home by striker Tomlinson for an early lead.

Tomlinson's second then came after just 11 minutes, latching onto a bouncing ball to lob home from 18 yards.

Ryan Crowther pulled one back straight after the break with a free-kick but, just two minutes later, Tomlinson's cheeky chip completed his hat-trick.

"We've not been playing too badly of late and today we got the goals, Tomo was terrific and there were good performances from Delano Sam-Yorke and the two lads who've come in.

"We've battled our socks off in terrible conditions and deserve the three points. They beat us 5-1 in December and it hurt. We owed them one so I was pleased for the lads.

"As I've said before, on our day we're a match for anybody. We've just got to get that consistency and go on a decent run now and see where it takes us."