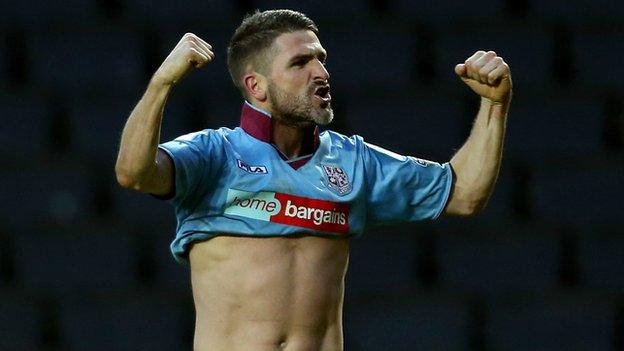 The home side dominated possession, Ben Reeves testing Owain Fon Williams early on from the edge of the box.

Daniel Powell missed a great chance to put the Dons in front when he lifted the ball over the bar, having been played in by Samir Carruthers.

Dons were made to pay for their missed chances when, in injury time, Lowe tapped in from Jake Cassidy's cut-back.

That was the 35-year-old striker's 16th goal of the season, taking him level with Peterborough's Britt Assombalonga and new Wolves signing Leon Clarke as League One's joint top scorer on 15 for the season.