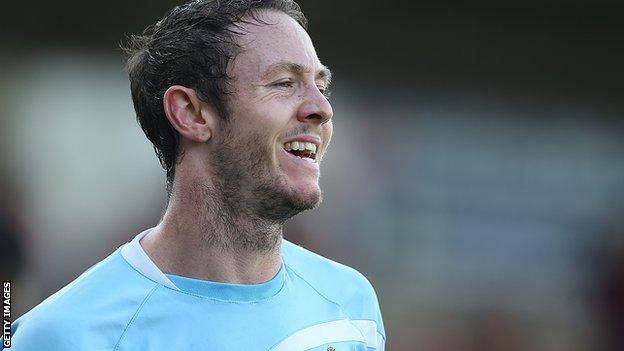 Dagenham & Redbridge secured their first away win since October thanks to Rhys Murphy's second-half strike.

Promotion-chasing Rochdale had a great chance to take the lead in the first half, but striker George Donnelly blazed over from four yards.

Donnelly was then denied by an acrobatic save by Chris Lewington.

But Murphy turned in Luke Wilkinson's cross from close range on 63 minutes to leave his side ninth in League Two - eights points shy of the play-offs.

"Just because we go 1-0 down, we aren't going to go to back-to-front football. There has to be patience and understanding.

"They [the players] have to be encouraged when things aren't going our way. If they're not. They [the dissenting fans] are going to destroy everything that we are trying to build."