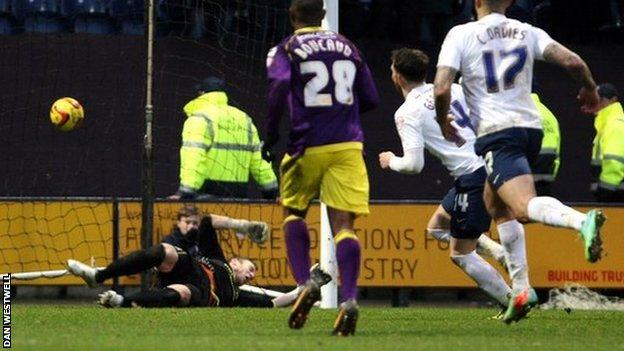 The on-loan Bolton Wanderers striker fired into the top corner from 20 yards to give Preston a 65th-minute lead.

Davies was then involved again six minutes later when he was hauled down in the box by Jack Grealish.

Joe Garner scored from the spot to wrap up a convincing win which drops Notts into the relegation zone.

"The first half wasn't so good from our point of view. We've got standards at this club and we fell below them in the first half.

"We want to make this place a fortress. We're happy at the end of the game, but only for 45 minutes.

"We know Craig [Davies] is powerful and strong and can cause defences problems. He's got a good eye for goal."