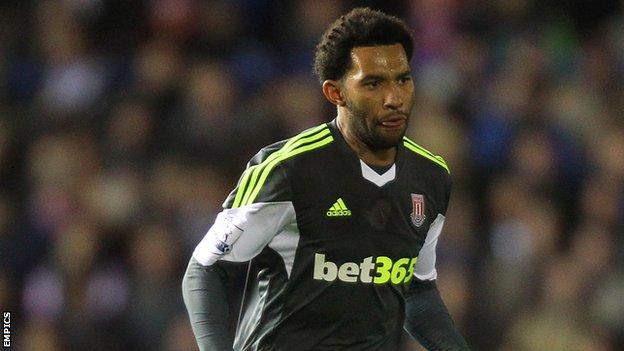 Stoke City have released winger Jermaine Pennant after deciding against extending his contract.

The 31-year-old was initially released in the summer, only to be handed a new deal 12 days later.

He made 11 appearances this season, scoring in a 1-0 win at West Ham.

"The club opted not to activate a clause to extend his existing contract until the end of the season, thereby leaving the winger free to look for a new club," a statement read.

Former Arsenal and Liverpool wideman Pennant, who joined the Potters from Real Zaragoza in 2010, made 88 appearances in total for the Potters and played in the 2011 FA Cup final.

After playing only twice for the first team last season, and having a loan spell at Wolves, he was released by new boss Mark Hughes in June before the Welshman changed his mind.

His final action for Stoke was to concede a last-minute penalty to Everton on New Year's Day for a foul on Leon Osman, with the

Pennant is free to join a new club immediately but he can also move after the transfer window as a free agent.