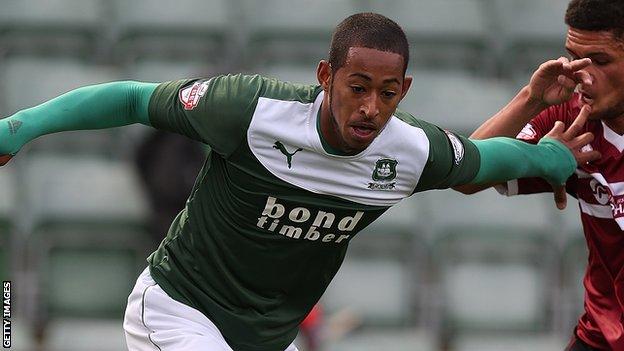 Swindon Town have signed left-back Jamie Reckord on loan for three months from fellow League One side Wolves.

The 21-year-old recently returned to Molineux after a where he played 16 games.

He is the second new signing made by boss Mark Cooper in the space of three days, following the permanent arrival of striker

"They [Swindon] like to keep the ball, they pass well and that's my game," Reckord told the club website.

"Hopefully I can add something to the team. I would like to play as many games as possible to build my confidence up."

Reckord has made two appearances for Wolves, both in the League Cup.