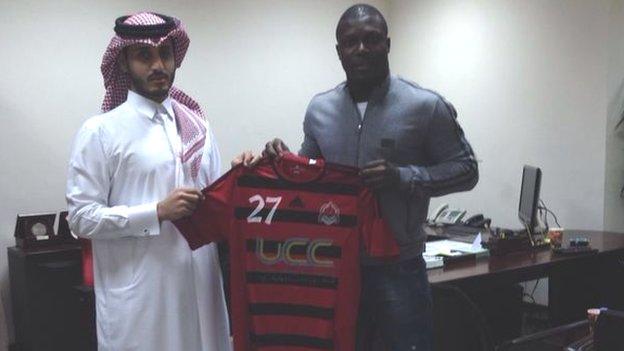 The 31-year-old has signed a one-and-a-half-year deal with the Qatari club.

"It will be exciting to prove myself at this level, I know having played in Europe and China it is another challenge to take this step."

Yakubu, who scored 17 goals in his final season in the English Premier League with Blackburn, added: "I want to prove that I am worth all the effort that the club went through over the last couple of weeks.

"I like the challenge that has been put in front of me and hopefully I can make significant contributions that will drive this club forward."

He is the second Nigerian after Kalu Uche [who joined El Jaish] from the 2010 World Cup squad to move to Qatar in recent months.

The striker scored 25 goals in 45 appearances for the Chinese Super League side.

He started his career with Julius Berger FC of Lagos, before moving to Israel to play for Maccabi Haifa.