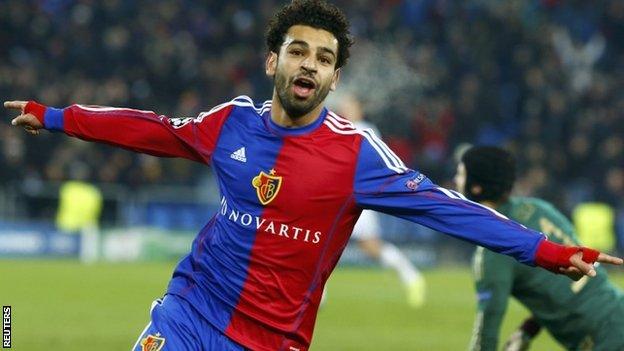 Liverpool manager Brendan Rodgers says he has not given up on signing Mohamed Salah from Swiss champions Basel despite his imminent move to Chelsea.

Salah, 21, is yet to undergo a medical or agree personal terms, but having held talks with the Reds earlier this month.

However, Rodgers says they will not give up on the Egypt midfielder.

"He is still raw but at 21 will learn quickly. He is a player Liverpool have watched for some time, but once again Chelsea have nipped a transfer target from under the Anfield club's noses."

"The window is not closed yet so we haven't given up on him, no," Rodgers told BBC Sport.

Rodgers's side advanced into the fifth round of the FA Cup on Saturday with a and Liverpool's manager says he is still hopeful of adding to his squad before the end of the January transfer window.

"Salah was a player we're interested in and we hoped we could do a deal but as of yet there is nothing done on it," he added.

"The club is still looking for players we can bring in to strengthen the squad.

"It is a difficult market in January so we'll see what happens. If nothing comes in then the players I have have been outstanding for me this season and we'll enter into the final part of it with confidence if we have the same group of players."