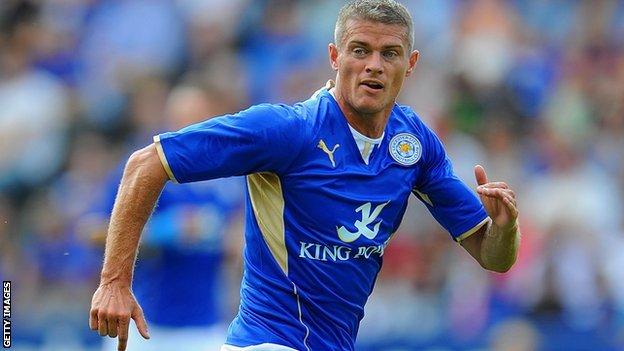 Leicester full-back Paul Konchesky has signed a new 18-month deal, keeping him at the Championship leaders until the end of the 2014-15 season.

"Leicester is where I want to play my football so I'm really pleased we've been able to agree a deal that works for me and for the club," he said.

"I've really enjoyed it over the last three seasons and I'd love to make sure the next one is in the Premier League."

"Paul has been an important member of the squad in the last three seasons, achieving a very consistent level of performance, so I'm really pleased we've been able to keep him with us beyond this season," said Leicester boss Nigel Pearson.

"He is one of the more experienced members of our squad, an outstanding professional and a great character to have on the pitch and in the dressing room."