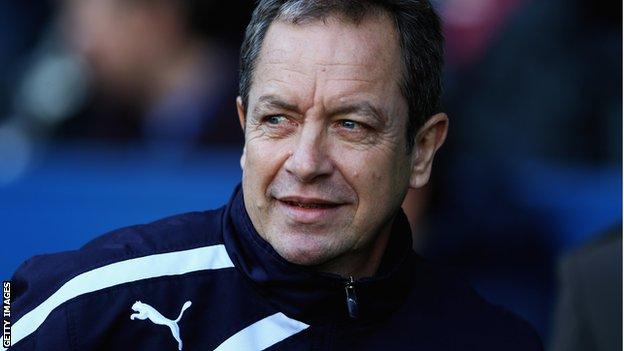 The former Southampton boss, 53, had been in temporary charge since Dave Jones's sacking on 1 December.

The Owls, 19th in the Championship, won 2-1 at Rochdale on Saturday to book their place in the FA Cup fifth round.

"It's dragged on but the pleasing thing is that the players deserve all the credit because they end up getting me the job," said Gray.

The former Northampton Town manager had made no secret of his desire to land the role on a full-time basis, but chairman Milan Mandaric had emphasised he was in "no rush" to appoint the club's fourth manager in four years.

The Hillsborough side were 23rd in the table when Gray took temporary charge, but four wins and three draws have moved them two points clear of the relegation zone.

A director of football is expected to be appointed in due course to work with Gray.

"It's been going backwards and forwards to the lawyers and it just needs my signature putting on it now," Gray said before meeting Mandaric after the FA Cup win.

"Talks were finalised on Thursday and it's been backwards and forwards, but the players have got me the job with the effort, performances and commitment you could see out there on the pitch."