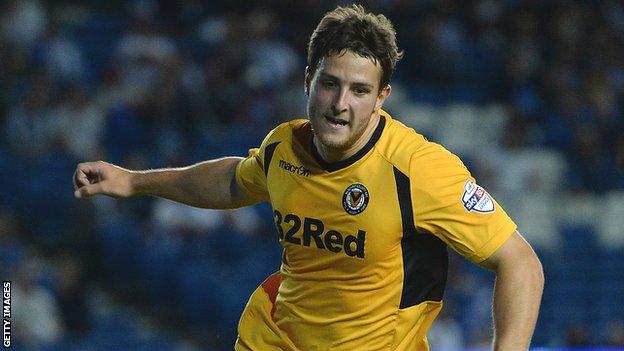 Newport's Conor Washington will hold talks with League One side Peterborough on Monday after the two clubs agreed a fee for the striker.

Washington, 21, has scored seven times for the Welsh club in their first season back in the Football League.

Posh front man Shaun Jeffers will head to Rodney Parade as part of the deal, if Washington finalises personal terms.

Darren Ferguson's side on Saturday, having led 3-0 and 4-2, to drop out of the play-off spots.

Peterborough failed with bids to sign and earlier in January, while Kidderminster's instead of choosing a move to London Road.