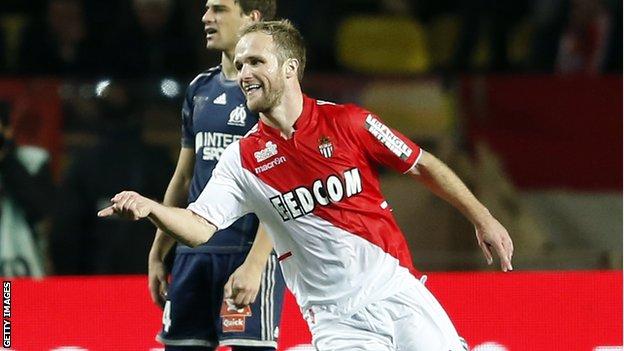 Monaco moved to within three points of Ligue 1 leaders Paris St-Germain with a comfortable win over Marseille.

Claudio Ranieri's side, without top-scorer Radamel Falcao who is out for the season with a knee injury, were ahead just before the break courtesy of Valere Germain's placed effort.

Emmanuel Riviere got Monaco's second when he fired high into the net.

Andre-Pierre Gignac had Marseille's best chance when put through but was denied by goalkeeper Danijel Subasic.

"It's too early to see how the team is going to react during Falcao's absence," said Ranieri.

"But the squad is always very tight."

The defeat for Marseille follows a disastrous 5-4 defeat to Nice in the French Cup in midweek and left them down in ninth place in the table.