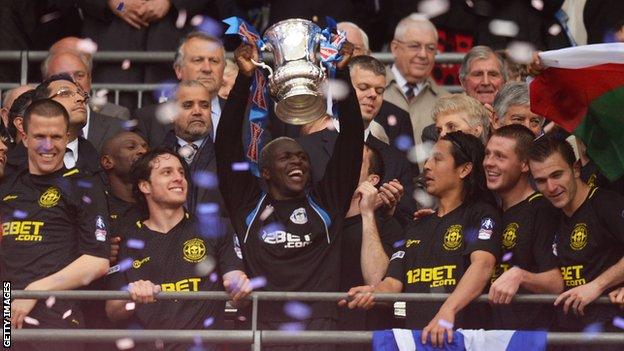 Cardiff City have been drawn at home to holders Wigan Athletic in the FA Cup fifth round while Swansea will be away at Everton.

Ole Gunnar Solskjaer's side secured their place in the fifth round with a 1-0 win at Bolton while Uwe Rosler's Wigan beat Premier League Crystal Palace 2-1.

Swansea will be away to Everton, managed by ex-boss Roberto Martinez.

The Swans have never beaten Everton in 17 attempts.

Michael Laudrup's side won 2-1 at Birmingham to advance in the competition while Everton were 4-0 winners at Stevenage.

The games will be played on the weekend of 15-16 February.