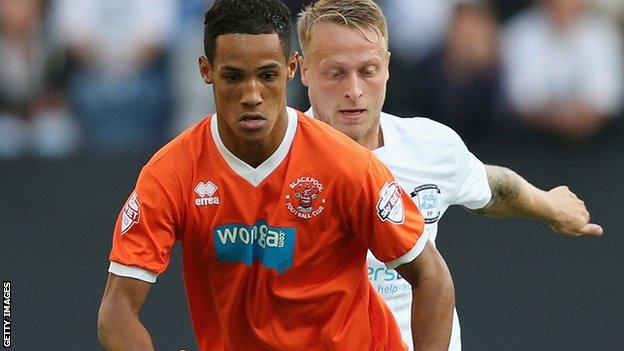 Blackpool winger Thomas Ince is set to leave the Championship club after he was given permission to discuss a loan move to a Premier League side.

The 21-year-old is Blackpool's top scorer this season with seven goals.

He held talks with Swansea City earlier this month and Blackpool confirmed: "Thomas has expressed his ambition to play in the Premier League for the remainder of the season."

Ince, who has played 12 times for England Under-21s, began his career at Liverpool, making one substitute appearance in the League Cup, before joining Blackpool in August 2011.

He has scored 33 goals in 113 matches for the Tangerines and was the subject of January interest from Liverpool last season, while he turned down a move to newly promoted Cardiff in the summer for family reasons.

However, Blackpool, who are 14th in the Championship, are on a poor run of form and have failed to win in their past 11 matches in all competitions.