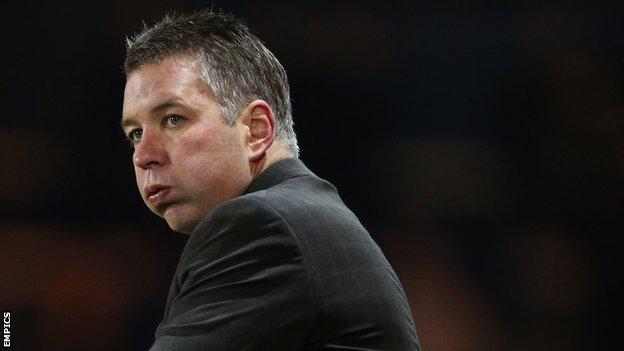 Ferguson failed to address the media after the game, but has since spoken to the official club website.

And chairman Darragh MacAnthony said on Twitter: "Some big decisions to make in next 24 hours on all fronts."

But Ferguson is expected to face the media before Wednesday's trip to Sheffield United.

It was the second time in two weeks that Ferguson had refused to speak to the press, after opting to skip media commitments before the Tranmere fixture last Saturday following

Peterborough went on to end a run of four-straight league defeats and then recorded a few days later.

But the manner in which Posh capitulated in Saturday's nine-goal thriller will have been a concern for Ferguson.