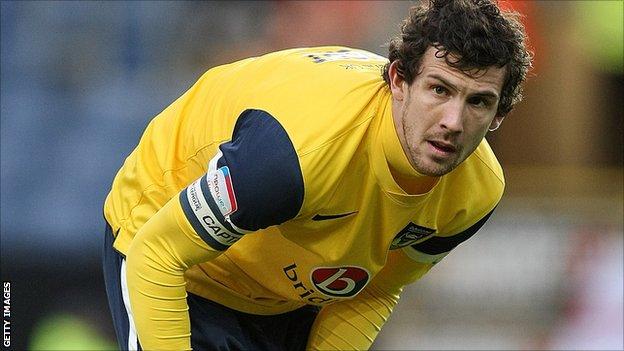 Oxford United captain Jake Wright has been ruled out for up to six weeks after suffering a gashed knee.

The 27-year-old defender landed on the bar that holds the back of the net to the ground while making a clearance during Saturday's 1-0 win over Torquay.

An x-ray has confirmed no break or tendon damage but he has had stitches.

"It is sore but it could have been a lot worse," Wright, who has made 22 appearances for the U's this season, told the club's website.