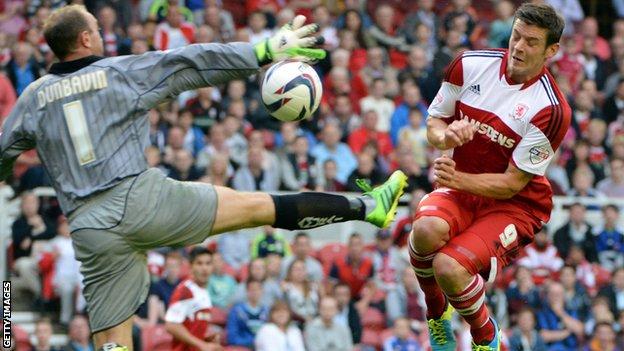 Bolton have signed striker Lukas Jutkiewicz on loan from Middlesbrough for the remainder of the season.

Jutkiewicz joined Boro in January 2012 and scored 15 goals in 71 appearances for the Teessiders, although he has only found the net twice this season.

He could make his debut on Tuesday.

"Lukas is someone I have admired for a while," Bolton manager Dougie Freedman told the club website. "I've known of him for a long time, going back to his Everton days.

"I believe that if Lukas can find the right club that can provide him with the right sort of service, he can quite comfortably be one of the top strikers in this division.

"Because of his pedigree, he is someone who is ready to be involved right away."