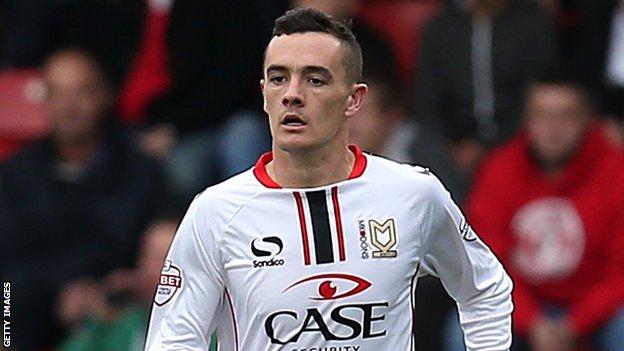 The 27-year-old, who has scored 10 goals in 33 appearances this season, has agreed a two-and-a-half-year deal with the Lions.

"Shaun is going to be a big loss," boss Karl Robinson told the Dons website.

"His contract was due to run out at the end of the season and although we offered him a new deal, he's decided to move on and we've got to respect that."

Dublin-born Williams, who has represented the Republic of Ireland at Under-23 level, joined MK Dons from Sporting Fingal in February 2011.

The centre-back, who can also play in midfield, has scored 25 goals in total in 137 games for the League One club.

"He is a very unique player, someone who has played in a number of positions for us, and every challenge I have thrown his way he has accomplished with grace," Robinson added.

"It's my job now, along with Gary [Waddock, MK Dons head of coaching] and the recruitment team, to find a replacement for Shaun.

"I do want to bring in a centre-half before the deadline and so it's certainly something we need to press on with over the next few days."