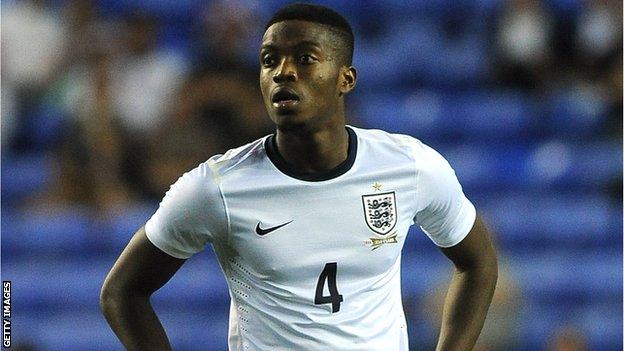 The 19-year-old spent the first half of this season but started only seven games in almost four months.

Nathaniel Chalobah made his debut for the England Under-16 national side as a 13-year-old.

"I got back from Forest, met with Jose and he told me I was coming here. I was really happy with it as I'm suited to the style," Chalobah told BBC Tees.

The Sierra Leone-born, England Under-21 international became the second Chelsea player to move to the Riverside on loan during the January transfer window after

It is Chalobah's third spell away from Stamford Bridge, having played 38 Championship matches for Watford last season,

He made his Boro debut as a late substitute in

"When you move out on loan, it's much easier to settle in if the club you're going to plays a similar way to your club," he explained.

"The manager's philosophy here is to play the right way and pass the ball, which is what we're encouraged to do at Chelsea. So that, and the link between the two managers, meant I was very pleased to move here."