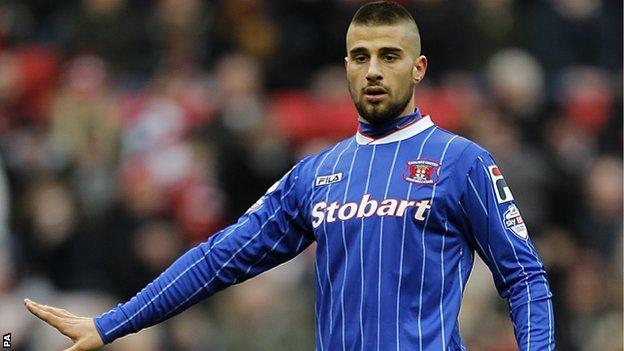 Queens Park Rangers have recalled defender Max Ehmer from his loan spell with League One side Carlisle United.

The 21-year-old German has played 14 games since scoring once, having only made one substitute appearance for QPR.

However, he has been called back to London by Rangers boss Harry Redknapp because Danny Simpson is injured.

"We're obviously disappointed because Max has been fantastic for us," said Carlisle manager Graham Kavanagh.

"He's shown us that he has real quality and he has been a big part of our squad since joining. We wish him well."

Salmon made three substitute appearances for the club, but Gwinnutt never played a game.