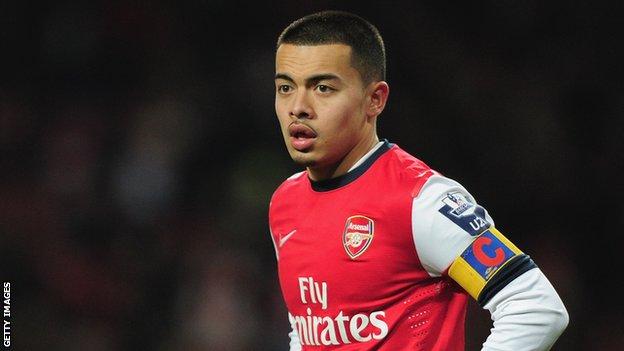 Brentford have completed the signing of Arsenal midfielder Nico Yennaris for an undisclosed fee.

The 20-year-old, who made four senior appearances for the Gunners, has agreed a two-and-a-half-year deal with the League One side.

"Nico is a player we have watched for many years as he has come through the academy at Arsenal," Bees manager Mark Warburton told the club website.

"He is a very talented player, technically good and physically sound."

The former England Under-19 international came through Arsenal's youth academy and made his debut for the first team in a League Cup tie in October 2011.

The Leytonstone-born player, who can also play in defence, has had loan spells at Notts County and Bournemouth.

"He has a real tactical astuteness for a young player," Warburton added.

"Nico has shown great flexibility in terms of positioning, appearing for Arsenal at right-back, left-back and in midfield.

"He is a talented young player and I am sure he will have a bright future at Brentford. We are delighted to secure him permanently."