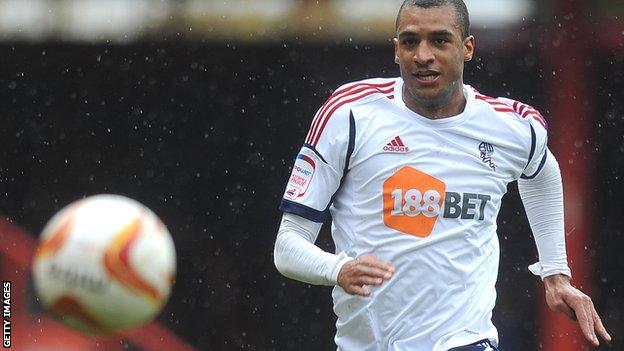 Swansea City have signed Bolton striker David Ngog until the end of the season.

The Frenchman, whose contract at the Championship side was due to expire in the summer, has joined the Welsh club for an undisclosed fee.

Swans boss Michael Laudrup is hoping the 24-year-old is given Premier League clearance to make his debut in Tuesday's game against Fulham.

The former Liverpool player, who moved to Bolton in August 2011 for about £4m, joins a Swansea team 15th in the table.

Ngog, who started his career with French giants Paris St-Germain, has made 19 appearances for the Trotters this season, scoring four goals.

His signing adds further depth to Laudrup's attacking options as the Swans, who are just three points above the relegation zone after failing to win any of their past eight league matches, look to ease their relegation worries.

Laudrup has been without Spain striker Michu since 15 December because of an ankle injury, leaving club-record signing Wilfried Bony and loanee Alvaro Vazquez as his only fit forwards.