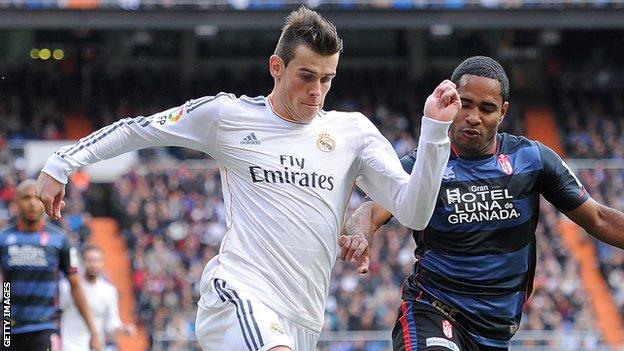 The Wales forward, 24, was substituted at half-time in Real's 2-0 win over Granada on Saturday after a heavy challenge by Jeison Murillo.

"He tried to train but had discomfort in his left leg," said Real coach Carlo Ancelotti.

"We prefer that he recovers and he will not play [on Tuesday]."

Ancelotti added that he is hopeful Bale will be fit for the trip to Athletic Bilbao in La Liga on Sunday.

Bale has struggled with niggling injuries since his £85m move from Tottenham to Real last September.

However, he has still managed to impress in his first season in Spain, scoring 10 goals and providing a number of assists.